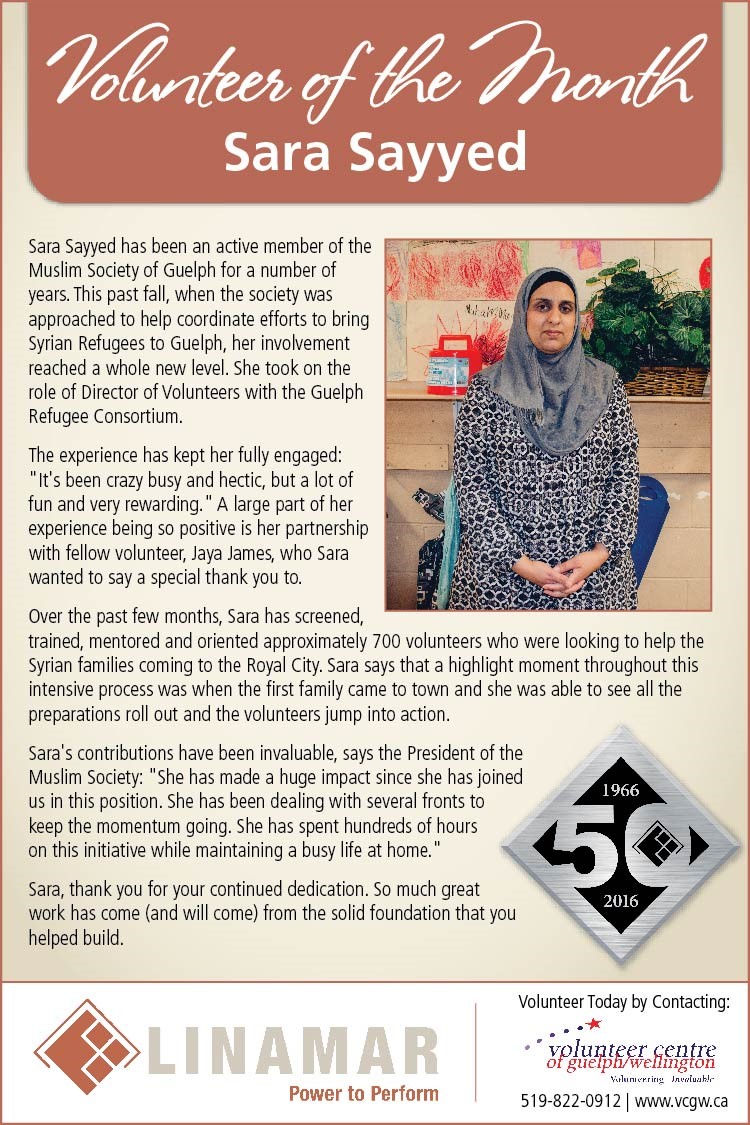 Sara Sayyed has been an active member with the Muslim Society of Guelph for a number of years. But, when the society was approached this fall to help coordinate efforts to bring Syrian Refugees to Guelph, her involvement reached a whole new level as she took on the role of Director of Volunteers with the Guelph Refugee Consortium.

The experience has kept her fully engaged: “It’s been crazy busy and hectic, but a lot of fun and very rewarding.” A large part of her experience being so positive is her partnership with fellow volunteer, Jaya James, who Sara wanted to say a special thank you to.

Over the past few months Sara has screened, trained, mentored and oriented approximately 700 volunteers who were looking to help the Syrian families coming to the Royal City. Sara says that a highlight moment throughout this intensive process was when the first family came to town and she was able to see all the preparations roll out and the volunteers jump into action.

Sara’s contributions have been invaluable, says the President of the Muslim Society: “She has made a huge impact since she has joined us in this position. She has been dealing at several fronts to keep the momentum going. She has spent hundreds of hours on this initiative while maintaining a busy life at home.”

Sara, thank you for your continued dedication. So much great work has come (and will come!) from the solid foundation that you helped build.

The Tools You Need!

A Community Call to Action

Grab your shovels, warm your heart and help a neighbour!