Happiness is a side effect of volunteering says Ray 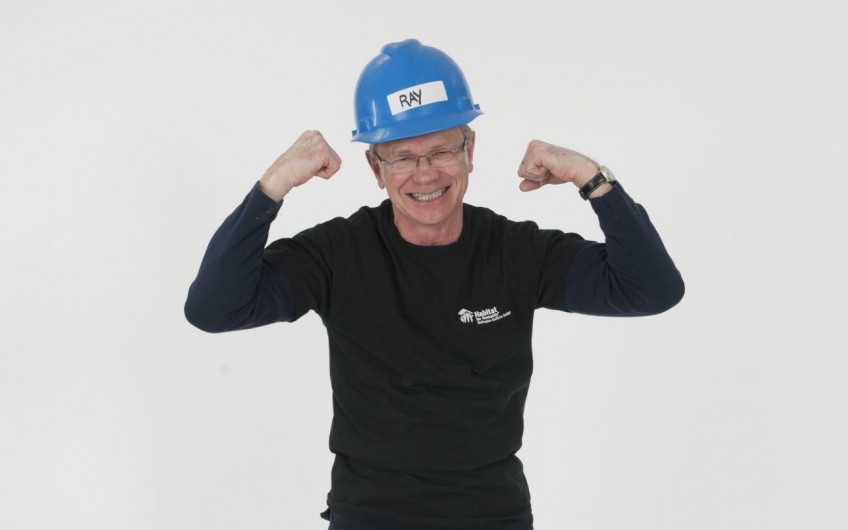 Ray made a career out of working with unions, but now as a retiree he says he is gaining more as a volunteer than he did making money. Ray volunteers with Habitat for Humanity – an organization that helps low-income families build and buy simple, decent, quality homes. While Ray primarily worked in an office during his career, he says he always had an interest in working with his hands. Now in his retired-life he is learning the skills he wanted to.

“I learn a lot! I’m learning how to do things with my hands and to do things the right way. It’s not good enough if you’re an 1/8th an inch off because later in the process that will come and haunt you,” he says.

Ray finds it refreshing to do something because he wants to do it, and for no other reason. He says this kind of volunteering is good for your heart and good for your soul. “Happiness is the side effect of volunteering,” adds Ray. “You work in the rain and the cold, but you do it because you want to and it feels good.”

But, although the personal benefits are great, it’s helping others that gives him the most satisfaction: “With Habitat I am giving hope and encouragement to people who need it. Some people just need a break. We’re giving them this house and now they get to make it their home,” he says. “How can you beat that?”

A Community Call to Action

Grab your shovels, warm your heart and help a neighbour!

Richard is one of PIN’s greatest champions!