John has learned more about himself through volunteering 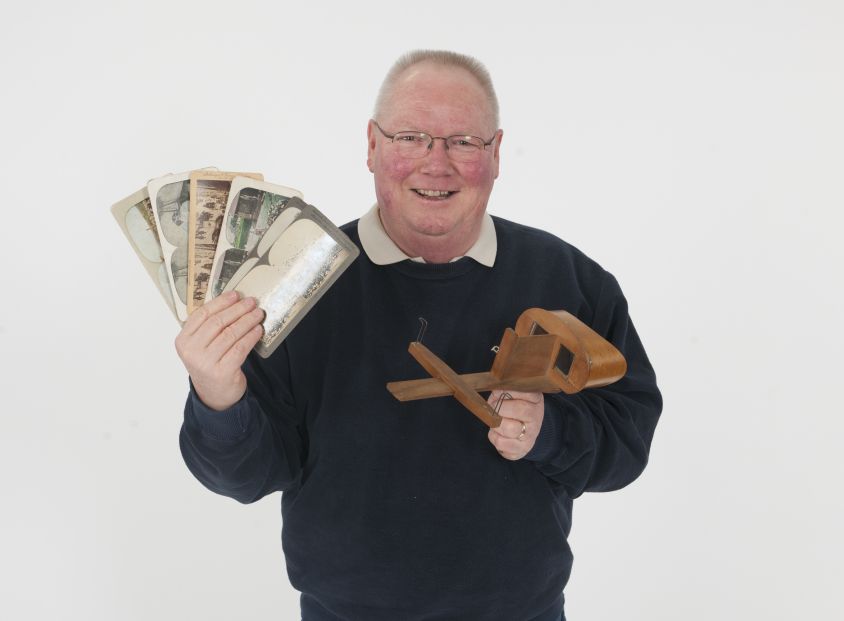 Volunteering has taught John Keunter more about himself then he ever could have imagined. After retiring nearly a decade ago, John has volunteered at five different places around the city, stopping at each position for about two years to learn as much as he can.

“I switch every so often to find out what other jobs are like. There are so many places that need volunteers. I like to get a different view of the city,” he says.

For now, John says he has his dream volunteer position – spending time at the Guelph Civic Museum and the John McRae House. He says he is engaged every day he is there. Sometimes he works on the curotorial side of things, sifting through ancient Guelph documents and relics, and other times he says he runs workshops with kids. But John didn’t always have the same appreciation for history. He says it is in his retirement he really gained his passion for the past.

“It’s one of those things you weren’t sure you were interested in and then all of a sudden you’ve fallen in love,” he says.

In a photo shoot with Seniors Engaged, John brought in a Stereoscope – a device made in the late 1800s that turns 2D images into 3D. John says it’s objects like this that fascinate him.

“History can be ‘way back’ or it can be yesterday,” he explains. “You need to look on how everything fits in to place. That’s why the Stereoscope is so cool – they’ve tried to improve it but really haven’t changed it much from what was 100 years ago.”

John says he can’t imagine what his life would be like without volunteering – it’s much too valuable.

“Volunteering gives something back, it’s a good feeling when you do things like this and it puts hours in your day,” he says. “If you’re retired and you’re looking for things to do the worst thing you can do is sit home on the couch and not do anything.”